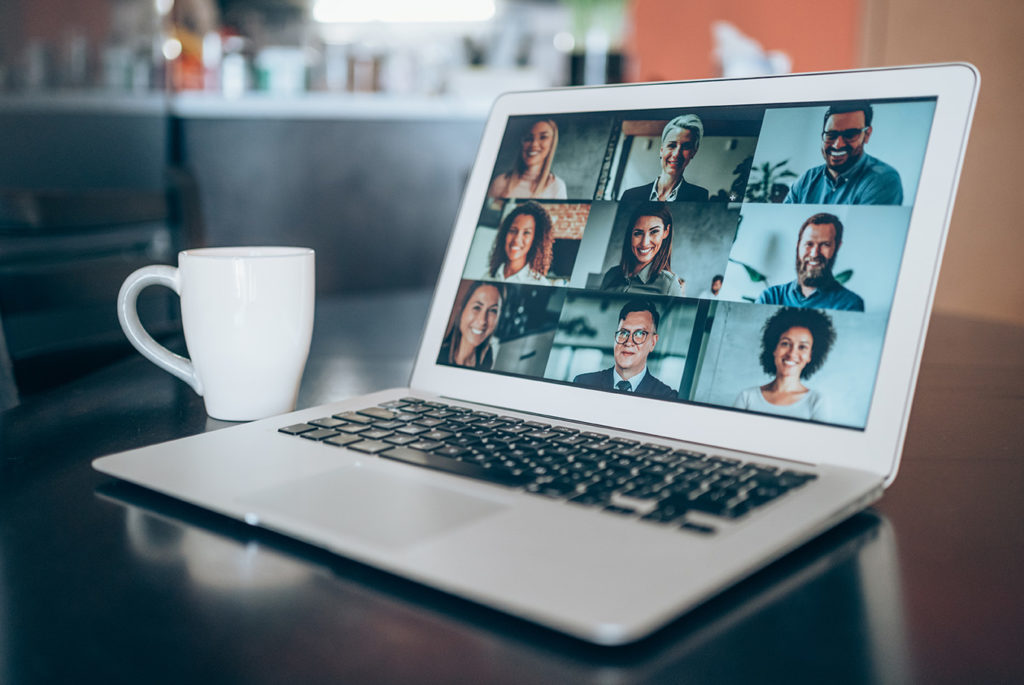 Several elements of my journey which led me to Acceleration Partners may sound familiar. Many people have relocated or switched careers in the last couple of years, and for some, more than once. In December of 2021, an exciting new adventure presented itself to me when least expected. I was faced with a career decision that left a lot of questions up in the air—but coming to work for Acceleration Partners ended up being the best choice and resulted in one of the most positive onboarding experiences I've ever had.

Getting Hired at Acceleration Partners

After a long and arduous job search following a move to Chicago, Illinois, I came across Acceleration Partners. With my knowledge in this industry being limited, I mostly associated affiliate marketing with coupon codes. However, I was fascinated by Acceleration Partners' dynamics and how Robert Glazer (the founder) had written several books on the topic. The company seemed to be growing at the speed of light.

My final decision came down to three job offers:

Why did I pick Acceleration Partners, despite having the least experience in the corresponding field? Because their culture sold itself without even trying. Don't get me wrong, it was a very tough decision, one where I traded experience and comfort in exchange for a gut feeling, but in the end, it would pay off significant dividends.

I remember telling my new supervisor that I wasn't sure if I was qualified for the position. Although I had a decent background in general marketing, I was very upfront about my lack of affiliate experience. I quickly came to learn that Acceleration Partners believes in hiring quality, hard-working people and then giving them the tools to succeed. This was coincidentally the same work philosophy that I had revered my entire career.

A large part of my decision to join Acceleration Partners was based on their month-long training cohort program. Enter Affiliate Academy.

Affiliate Academy1 is the equivalent of a rapid, advanced placement course where Acceleration Partners provides an industry crash course for account managers starting that need an introduction to affiliate. The program is highly structured, and the outline rivals many Fortune500 training programs. A feat that's quite impressive for a company with less than 300 employees.

I would hear things like "make mistakes," "it's okay not to know the answer," and "you should feel uncomfortable." This wasn't the age-old Silicon Valley mantra of fake it 'til you make it. The fact was, I was somewhat uncomfortable each day. It can be an incredibly humbling experience to admit you have no idea what you just heard. I coined this vulnerable, uncomfortable feeling as my 'growing zone.' I was slowly learning that this part of my psyche was where I truly thrived. I wasn't afraid to make mistakes, and I was able to ask dumb questions and laugh at myself often.

While it was true Acceleration Partners did expect us to grasp each concept fully, they did this in turn by giving us the keys to the company library. From a massive Wikipedia-style employee crowd-sourced resource system in Guru, to an open invitation from each of our presenters to personally reach out to them with any questions.

I was beginning to understand the culture of happiness. In several past roles, many corporate contacts were treated as if they were behind the glass in the 'break only in case of emergency' fire extinguishers. I now had various VPs and C-level company contacts making us feel like we could simply text them on a Saturday if we needed help. If moving into the thick of one of the largest cities in the US wasn't enough of a culture shock for me, I started questioning what I had defined as a healthy working relationship in the past.

The six of us in my Affiliate Academy cohort jokingly referred to ourselves as the A-Team, the March 2022 academy class, and would grow increasingly close during this period. We all came from different backgrounds, cultures, geographical locations and time zones.

Shortly after making our own Slack social channel, questions regarding our coursework soon shifted to sharing pictures of our day-to-day adventures and a glimpse into each other's personalities behind the computer screen. We genuinely looked out for and picked each other up if we stumbled or fell behind. I had always balked at the idea of Zoom happy hours, but there we were each Friday, discussing the prior week's work and sharing weekend plans.

In April, I graduated from Acceleration Partners' Affiliate Academy training program, along with five new lifelong friends. The same culture that I saw flashes of during my initial interviews proved not to just be smoke and mirrors.

I had become knowledgeable and passionate about a new, exciting world. A world with enormous potential growth, one that continues to ebb and flow with new technological advancements. But best of all, I wasn't part of just a company; it was a network of driven people who operated as a true team. A community that doesn't have weak links because employees aren't afraid to have questions or even challenge the status quo. That's the definition of modern-day business evolution in my opinion.

By the end of my four-week experience, I had already attended a 1-on-1 welcome meeting with our CEO, an open forum presentation covering our company's 2-year future roadmap with our company's founder, and was now equipped with countless tools to be successful in my position.

Additionally, I felt like I had evolved as a person. I would further extend the 'get uncomfortable' thought process to my personal life. Before this adventure, celebrating new experiences and exploring my weaknesses simply wasn't something I did or even thought about. My short journey with Acceleration Partners has opened more doors for me professionally and interpersonally than I ever thought possible by simply choosing culture where I had turned my back before. Acceleration Partners is a true example of a company that not just talks the talk, but walks the walk when it comes to cutting-edge work/life balance practices and employee happiness.

Want to join a company that puts its employees first? Let's connect!

[1] Currently only offered in the U.S.