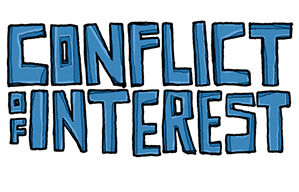 I've recently led several panels at industry conferences where I posed the question of whether there is an inherent conflict of interest with network-based affiliate program management. The result is usually a healthy dose of cognitive dissonance from those who are engaged in these services, making me even more concerned that there is a general failure to acknowledge this problem and that it's far from being addressed by the affiliate industry.

I continue to be very surprised that clients who buy affiliate program management services from a network do not fully appreciate or understand the issue, and that the industry continues to dance around it. Based on more than five years of experience working with some of the most active and fast-growing affiliate programs in the United States, there is no question in my mind that network-based program management presents the opportunity for significant and expensive conflicts of interest.

To be clear, I define a conflict of interest to be where one's fiduciary responsibilities and financial interests have the potential to not be aligned when representing multiple parties in a transaction.  In the real estate world, if someone wants to be represented as the buyer by the agent who is also selling the house (thereby paying the agent more money as the purchase price increases), the buyer needs to sign a special waiver acknowledging this conflict.

Yet, this same type of relationship exists every single day with network-based affiliate management and it's very often not disclosed or even made clear to either the Publishers (Affiliates) or the Merchants (Retailers).

In the case of offering affiliate network services (tracking, payment, etc.) and affiliate program management services, the conflict is obvious based on the current prevailing business model.  Rather than charge a standard fee for tracking services, large affiliate networks generally earn fees as a percentage of the commissions paid to affiliates or from their total sales. This legacy pricing model is supposed to pay networks for performance and for access to their unique affiliate relationships.

Advertisers have traditionally been convinced this is a great model since it is all based on "performance." However, it's important to remember that affiliate revenue just means that an affiliate has a marker in the transaction clickstream. In no way does it means that the revenue is exclusive to the affiliate channel.

As an affiliate, the incentives line up very nicely, since the more "affiliate revenue" generated and the higher the commission, the better both the network and the affiliate do.  So where does that leave the advertiser who is also paying for program management services? Usually holding the bag.

This is where the enormous conflict in this set-up occurs. At least half of the job of an affiliate program manager today is to focus on the bottom line of the program, remove channel overlap and carefully monitor for fraudulent and low-quality affiliates. Low-quality affiliates may include coupon sites that are making up offers or forcing clicks, affiliates pretending to be the merchant in pay per click ads, e-mail spammers, toolbar sites that steal affiliate credit and numerous other violators.

For in-house or third-party managers, there is a clear independent path for dealing with these issues that often involves working with networks to remove affiliates, lower their commissions, void sales, and/or other activities which also has the effect of reducing the network's earnings based on the performance component. But for a network-based manager, the path is not so clear, since activities that reduce the network's earnings are not inherently in the financial interests of the network.

I hear network representatives talk all the time about how they act in the best long-term interests of their clients, but in my years of working with most of the major U.S. affiliate networks, I have never once had a network-based manager proactively suggest that a coupon site may not be high value and/or should have their commissions lowered, or come to the client with an affiliate who they felt should be removed from the program for any qualitative or brand-related reason.

Here are a couple of real-world examples that should give pause to both the network performance pricing model and to having a network-based manager:

These examples represent the sort of direct fiduciary conflict which the networks have largely refused to admit or detail in their policies for how they protect merchants from affiliate abuse when that abuse actually makes them more money. Notwithstanding the party line that "we do what's best for our customers," the refusal by most networks to acknowledge this dynamic even exists tells me that they are not doing anything seriously to address it.

It's really time that the networks own up to these issues and potential conflicts, and get serious about a financial model that better supports their clients' bottom line and brand interests. I can promise you that if the networks had a financial incentive to remove low-value affiliates, catch cheaters, or focus on the program's bottom line, these activities would be talked about and acted upon much more.