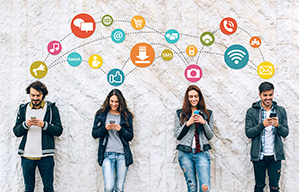 Over the past few years, the term “influencer” has really taken flight. To most marketers, “influencers” are highly influential individuals – often celebrities and social media stars – that have millions of followers that know, like and trust the influencer and, therefore, heed their recommendations.

While an attractive and alluring concept, what many brands are finding is that they are paying out massive fees to influencers but are not seeing the ROI or engagement to support it.

In an anonymous and eye-opening Digiday exposé, a social media executive shared how, even though influencer pricing has spiraled upward, its ability to track results and demonstrate financial returns is still almost non-existent.

Most brands vie for influencers based on their number of followers across multiple channels. Even getting a social influencer with a niche following can run between $25 and $75 per thousand followers. And A-list influencers with millions of followers can bill as much as $500,000 for a branded video.

But what if most of those followers are fake?

Apparently, the practice of renting many – if not all – of the accounts that “follow” an influencer is quite widespread, according to a recent Inc.com article.

While this may be more widespread with non-celebrities, most celebrities have, for the most part, a legit following. So if you’re comfortable with spending a large amount of money for an opaque ROI and are primarily focused on boosting your impressions, then a celebrity influencer might suit your needs.

However, if you want more trackable, measurable results, with a higher engagement rate for a much lower cost, it might be worthwhile to partner with a micro-influencer – an influencer with a smaller but better-aligned target audience and more engagement.

Considering that 70 percent of micro-influencers work on less than 5 campaigns a year, this niche influencer group is an untapped opportunity for brands.

If you’re looking to forge a more authentic and engaged connection with your target audience, it might be a safer, less expensive and more lucrative strategy to tap influencers with smaller but more active followers.

To learn more about how to connect with, engage and partner with micro-influencers on a cost per action (CPA) basis, reach out to our team!