Overnight Success Is a Myth: Here Are 4 Ways to Persist 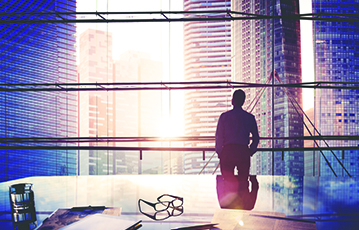 When people see what looks like sudden success from the outside, they don’t often think about the vision and persistence required to get there. Instead, they might attribute that success to luck or timing.

These misguided assumptions have prevailed in the age of the startup. Take Pinterest: The startup launched in March 2010 and recently received a valuation of $11 billion. That seems like an accelerated pace, but it doesn’t tell the whole story. Pinterest’s start was more turtle than hare.

Two years after founder Ben Silbermann left his job in 2008 to start Pinterest, the site had just 3,000 users—hardly the instant success that many assume.

I can relate to this, too. Although my company, Acceleration Partners, is now considered a leader in the affiliate marketing industry, that didn’t happen overnight.

In 2005, I was working at a dysfunctional startup where I was micromanaged to the point of misery. I had a vision for what a company could be and saw opportunities to provide more value in an industry that few people understood.

I understand that it’s easy to look at stellar results in the rearview mirror and forget about the energy that went into achieving them. But if you don’t recognize the time and effort that accomplishing those goals requires, you’ll struggle to reach your own.

Even if it looks like attainment is a long way off, these four steps can help you stay the course and lay a solid foundation for your future success.

1. Remain true to your vision even if no one gets it

You will experience triumphs, but no success story is without its challenges. Even if no one understands what you’re trying to do, stick with the vision you’ve created as long you still believe in it. Remember, most visionaries are ahead of their time, and many businesses fail simply because the market isn’t quite ready to embrace their offerings.

It’s not a bad thing to have a few people around who don’t see your vision clearly, especially in the early stages. Just ensure they’re asking thoughtful questions that will help you further clarify your goals and strategies. These devil’s advocate partners can help you bridge the gap between the past and the future to make your vision a reality in the present.

In my company, I’m known as a visionary. My brain has a hard time shutting off, and I’m constantly sharing those ideas with my colleagues. I rely on them to question those notions and ensure they’re sound before we invest time, energy and resources into bringing them to fruition. Only 20 percent of ideas will ever amount to anything, but hopefully they move the business forward.

That said I’ve had many ideas that no one gets at first. If I strongly believe in an idea, I see it as my responsibility to remain true to it and figure out a better way to explain it. For example, we released a white glove affiliate management service before anyone was really looking for that. My team wasn’t immediately on board, but I knew in my gut that this was where the market was headed. And it was.

2. Track every no and learn from them

No doesn’t necessarily mean never. Often it’s more of a not right now. Every sale or approval can be a struggle. In fact, 80 percent of prospects decline an offer four times before agreeing to a proposal; persistence pays off.

Don’t burn bridges. Use your failures as motivation and use what you learn from them to improve your pitch or evaluate your process. You have to nurture those no relationships and keep them updated on your progress. For example, a celebratory message could stoke interest: “Hey, you know that crazy thing we said we were going to do? Well, we did it!”

I’ve had plenty of potential clients and partners initially say no. Many of them later said yes, and I’m still in business with them today. A no, thanks from years ago could turn into a yes, please today if you nurture that relationship and demonstrate to the naysayer that your idea is a proven success.

3. Be willing to change as needed, but don’t lose sight of your goal

You have to learn to adapt without compromising. Every once in a while, a true visionary like Elon Musk, Mark Zuckerberg or Steve Jobs comes around and builds a product that people didn’t even realize they needed, but this is extremely rare.

No matter how bold your vision for personal success is, you must listen to your early critics, customers and clients (as much as the market) and evaluate whether they have a point.

Pinterest, for example, initially prohibited affiliate links on its site, but Silbermann changed that stance after many users and the market voiced reasoning for why Pinterest should allow them.

I have experienced this, too. A few years ago, my company beta launched a service called RAMP that unfortunately didn’t ramp up as we were hoping. We wanted to optimize engagement with smaller companies, but RAMP wasn’t hitting the mark.

So I went back to the drawing board. I put the rollout on hold for a year, took a step back and explored different approaches. Today we’re preparing to relaunch a more valuable service by keeping what worked from the original version and omitting what didn’t. Stick with your vision but remain adaptable.

4. Don’t give up on your idea, or someone else will make it real

History is full of stories about people who quit right before their big ideas became major breakthroughs, only to watch somebody else fulfill their dreams.

If you truly believe in your vision and know failure is not an option, your chances of success will increase. According to CEO Brian Chesky, his team at lodging startup Airbnb actually had to do some scrappy odd jobs (like make custom cereal boxes) to scrape together enough cash to keep going. As one Silicon Valley investor after another declined to invest, Chesky’s friends in the app design industry just shook their heads, hoping he had more tricks up his sleeve.

But from Chesky’s view, “In January or February 2008, there were enough ordinary people who wanted to do this. From there, we pretty much believed in the idea. Because all you had to believe was, if I like it, I have to bet that I’m normal enough that other people will like it, too.” So he and his co-founders stuck it out, got into Y Combinator with Paul Graham and eventually found the necessary funding to turn Airbnb into a gig-economy empire.

As sudden as some business success stories might appear, almost all were hard-won. Nurture your vision by putting in the hours behind the scenes, so that when opportunity arises, you’ll be ready to cash in on all your hard work. People might call you lucky, but you’ll know better.

Learn more about Acceleration Partners culture and leadership on our Company page.

This article was originally published on Success.com.