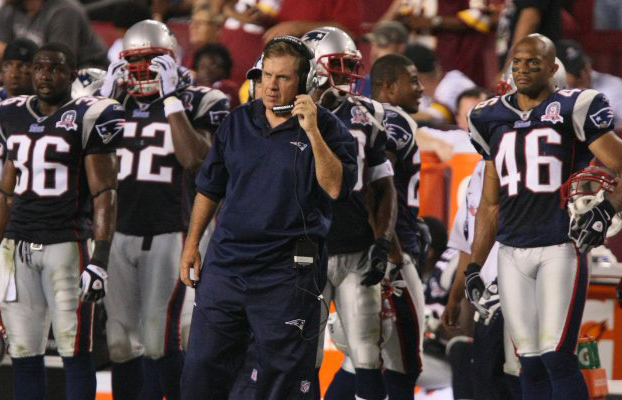 One entrepreneur reveals the methods to recruiting he gleaned from Bill Belichick's scouting principles.

This article was originally published in Fast Company.

In the salary-cap era of football, which was meant to promote parity by forcing each team to spend the same amount of money, the Patriots have been an anomaly, building a dynasty that has won four Super Bowls in 14 seasons and 11 division championships in 12 years.

What's the key to the team's success? It's simple: Bill Belichick's scouting and recruiting system.

Year after year, the Patriots often forgo high-priced free agents for undrafted free agents and role players from other teams that step right into their system and perform at a high level. Take, for instance, Malcolm Butler, an undrafted free agent who became a Super Bowl hero. Akeem Ayers is another example, going from a reserve role player for the Titans to a valuable four down player for the Patriots after a mid-season trade.

While Belichick will certainly be selected as a Hall of Fame coach, his effectiveness as a talent evaluator may be undervalued. The same scouting and recruiting methods the coach has used over the years can also be used in the business world to build and sustain high-performance teams.

As a company we have molded many of our own recruiting methods from Belichick's core principles, including:

The System Matters, a Lot

Individual ability and talent are important, but what may be more important is the fit between a player and team, or employee and company. The Patriots specifically target players who will perform well in their system. But that doesn't always mean recruiting standouts from other teams. In fact, it can mean the opposite.

Through a diligent scouting and evaluation process, the Patriots are able to identify players who may be underperforming on another team but have the skills to excel in the Patriots system. Specifically, the Patriots value intelligence and the versatility to handle complex schemes, versus being really good at just one thing.

At my company Acceleration Partners, we take the same approach to hiring. We've repeatedly found hires who have proven to be assets on our team, but who were undervalued or misused in their previous work environments.

Such was the case with a candidate who was at a company that valued following an undeviating process and didn't give individuals much latitude. Our environment stresses strategic thinking and consultative selling, and we felt that what hindered this person's performance at their old company would actually be something beneficial to them at ours. Turns out, we were right.

Because of the salary cap in football, there are real ramifications if a drafted player proves to be a bad fit for the team. These constraints, however, force teams like the Patriots to work smarter and harder to find value in an up-and-coming star rather than being able to pay top dollar for free agents and absorb a lot of mistakes.

Similarly, my company can't afford to make many poor hiring decisions, as we're self-funded and can't lose money like a venture-backed company could.

So we put in the work up front to make smart decisions, and the majority of our best employees are really talented people who came out of a poor culture or an environment that didn’t make the most of their abilities. When we find candidates who can excel in and appreciate our work environment, they also tend to be more loyal because they don’t want to end up in another situation that undervalues their skills.

Quality of Team over Individual Superstars

It's well known that the Patriots don't do divas and won't overpay one person—even Tom Brady—at the expense of fielding a complete and competitive team across the board. That's because there's research to prove that too much talent on a team can actually do more harm than good.

In fact, a study from the Association for Psychological Science found that too many high-performing players on one team actually inhibits the capacity for teamwork. Without teamwork, the result is weaker overall performances. In other words, you want players more interested in winning the Super Bowl than winning MVP.

The same can be said for a work team. When a company over-invests in a few key positions, there tend to be under-average team members in other roles. Though a company can benefit from a few superstars, they often come with a lot of ego and risk. As such, we try to find committed team members that help the company reach a sustained high level of performance, rather than those candidates more interested in individual accolades.

Don't Be the Greater Fool

It's not unusual in the football league for a team to pay much more for a player than another team that has experience with that player would. This is actually counterintuitive—if an athlete is as big an asset to the team as the rest of the league perceives, then a team familiar with the player should be more willing to increase the athlete's pay. If a team isn't willing to up pay for a player, a recruiting coach should be asking why that is. It could be because he's a difficult teammate.

As a company, we avoid candidates who are looking to get a massive step up from their current role just by changing teams. Instead, we want people who are willing to come in and earn that step up in compensation based on their performance at our company. Often, a candidate asking for a huge jump in compensation is one who wants retroactive validation of past performance at their previous position.

While he may be the only NFL coach in history to win three Super Bowls in a four-year span, Belichick's legacy will also live on in the workplace. Using variations of his scouting and recruiting methodologies, business owners, too, can build dynasties of their own.