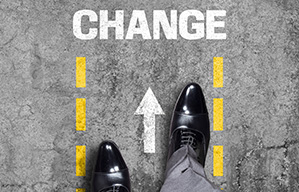 In this article, Acceleration Partners' founder and managing director, Robert Glazer, argues that, for affiliate networks to remain relevant and competitive, they will need to embrace significant changes to their performance fee model.

Due to the extensive and in-depth insights offered in this article, we've broken it down into three separate posts:

I am going on record and declaring that the traditional 20-30% affiliate network performance fee model is headed for extinction.

Currently, there are significant pricing and structural changes taking place in the U.S. performance-based marketing industry that are signaling what may be coming for the rest of the global performance industry.

For affiliate networks to remain relevant and competitive as the market evolves, they will need to embrace changes to a model that has not evolved with the times and is hindering the industry's greatest opportunities for future growth.

What is the performance fee model?

These services are in addition to ancillary functions, such as fraud monitoring, compliance, etc.

Rather than charge for each of these services separately, full-service affiliate networks usually charge a single "performance fee," or "override" as it is referred to in Europe. This fee is typically a percentage of program revenue (e.g. 1-2%) or commissions paid to affiliates (e.g. 30%). The idea is that it covers those three main service components.

This model came of age in the early 2000s when affiliate marketing was a new industry and affiliate networks provided the majority of new publisher relationships for retailers. Networks also tended to have publisher exclusivity in the early days of the industry, which helped make this fee model so popular.

At the time, the performance fee model made sense because:

As a result, the performance fee model became the standard for the industry over the next decade.

There are two long-standing challenges with the performance fee model.

In the performance fee model, networks represent both affiliates and brands in a single transaction. This is comparable to financial advisors who get paid a commission based on their investment recommendations.

Studies have shown that commission-based advisors dramatically under-perform those who are paid a fixed fee and are unbiased in their recommendations.

In online marketing, this is why no one hires Google to be their paid search agency.  They understand Google's goal is to sell more clicks.

2. A lack of transparency and accountability

The typical service agreements in the performance fee model lack both transparency and accountability. Brands receive a single bill from the affiliate network that does not include specifics on the actual costs, time and resources that went into each part of their program.

What happens if you need more account services? Or if your account team does not deliver or turns over? Or if the affiliate network missed fraudulent activity?

In a performance fee model, these questions often go unanswered.

An example of a network that has done a good job with breaking these out is Affiliate Window. Their contract and SLA's offer clear details about what their clients can expect of them for each component, as well as what the client's responsibilities are.

This lack of price transparency has also resulted in many companies paying vastly different prices for the exact same service.

It's not uncommon for one company to pay a performance fee that's 50-100% higher than another company - even when there's no difference in the two agreements otherwise. Often the company paying the higher rate has an older agreement that auto-renewed or had not put the program out to bid recently.

To continue learning more, here is Part 2 of our series on why the affiliate network's performance fee model is on it's way to extinction.

This article was originally published in PerformanceIn.